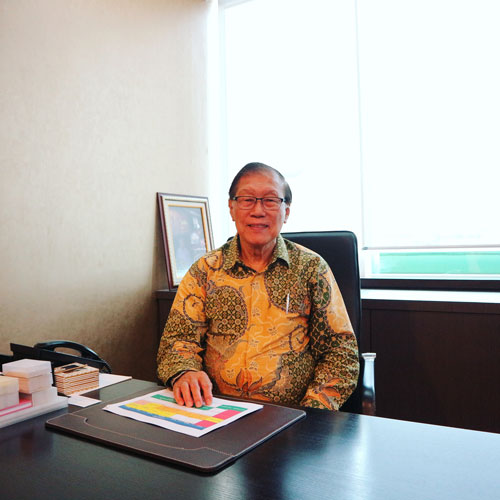 Gunawan is also the founder of PT. Prodia Widyahusada Tbk. and serves as Marketing Director since its establishment until 2003. He is also founder of Dr. Oen Hospital in Solo, Central Java. Now He is one of the Commissioners at PT. Prodia Utama (Prodia Group) and its subsidiary companies (Prodia Clinical Laboratory, Prodia the CRO, Prodia Occupational Health, Prodia Diagnostic Line, Prodia Stem Cell Indonesia, and Innovasi Diagnostika). Mr. Gunawan was the former director of Prodia the CRO (2008-2016).


Deprecated: The each() function is deprecated. This message will be suppressed on further calls in /home/prodiathecro/public_html/wp-content/plugins/js_composer/include/classes/core/class-vc-mapper.php on line 186